All I want for #Christmas2013 The Thursday Afternoon #MINI Post, Edition #10 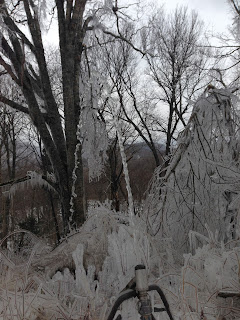 Yup, you guessed it, I've finally resorted to tricks, gimmickry and #trending #hashtags. (What did you expect: good content?) For this Thursday's #MINI I am posting my Christmas list. And while this might seem somewhat self-serving (ummm, it seems very self-serving...) please read it before you come to any rash judgements. (What's that? Already too late?) Let me preface by saying, having just redone the kitchen, my stocking will be empty this year, so I have been thinking about gifts the world needs--like for #MylieCyrus to move to Siberia. Ok, so that was cheap, but you get the point--and #Mylie deserved it. In no particular order:

#1 An end to #RealityTV as we know it. If I want reality, I will just open up my eyes in the morning and go about my day. When I sit down and watch TV (and #RealityTV has given new meaning to the term, #BoobTube) I want some damn good writing. And I don't think I am alone, hence the popularity of #BreakingBad #DowntonAbbey #TheWire #GameofThrones #TheBigBangTheory and many others. Case in point, I was watching some inane show the other night and asked my daughter who this person was, named #thecommotion or something like that, she responded 'he's a #RealityTV star.' Let me see; no talent, no training, no (good) personal traits, no (good) looks, and you're a star? Yup, but only on #RealityTV, and that's why it needs to go.

#2 An end to the #BillyGoatCurse. Yup, that's right, I want the #ChicagoCubs to win the #WorldSeries. And if you don't, you have to question what kind of person you are--1908 for heaven's sake, give these people a break.

#3 A one-way ticket for A-Rod to Siberia, where he can pal around with #Mylie. (No explanation needed.)

#4 A ban on all 'indoor' venues for baseball and football teams. I was enjoying the #Eagles v #Lions last week in a blizzard at #TheLink when it hit me: How may times had I played football in the snow when I was a kid? Baseball and football are outdoor games--play them outdoors. The weather is supposed to be a factor. What next? Indoor golf courses so there won't be any wind?

#5 A full-out sacking of every member of Congress. Yup, you heard me, pink slips for every single congressman, congresswoman and senator, with no termination pay, and elections in the new year with the following rule: no person who has spent more than 5 days in Washington, D.C. will be allowed to run. (Also, no one can run if he/she has smoked crack in the past 10 years, unless he/she was drunk at the time, because 'then it's okay.')

Alright, alright, that's enough. I could rant forever, but the #MINI is the #MINI and I need another line for--yet another--#shamelesspromotion. I am writing a serialized novel called The Intern on #WattPad, and publishing it as I write it (to get out of the difficult editing part.) I would appreciate it if you would click on the link coming up, and give it a read. Thanks again. The Intern