The best made plans.... Introducing serial fiction on The Saturday Evening Blog Post. 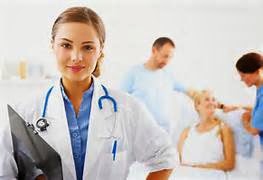 I had great blogging plans for today... I swear it. But then it started to snow.... and snow... and snow. I suspect you are guessing how weather disrupted my blogging plans--blogging being an indoor sport and all--but it did indeed. My son's flight from Boston was cancelled and I was dispatched to retrieve him, that's how. So, having accomplished my mission, and come back from a nice snowshoe in 18 inches of fresh powder, I am going to try something new. And that something new is serial fiction, but with a twist. Rather than finish the whole work and then publish it, one chapter at a time, I am posting each 3-4 page segment as I write it. The challenge presented is that the author (me) loses the significant power of revision. For example, when I wrote my first manuscript, I needed to re-write the first chapter three times to make it fit as the rest of the novel evolved. In my current predicament, I get one shot at it and one shot only. If I create a character I don't like, I am stuck with him/her. If I write something I later hate, I have to live with it.

All I needed was a basic premise and a basic character, and I was ready to go. To make it even easier for myself I combined the two prerequisites, creating a nameless medical intern to be both character and premise. I have so many visceral memories of my year as an intern, and I am banking that they create visceral scenes. So, without further ado and in tribute to all the kings of scut past, present and future, here is #TheIntern. (ok, so not quite yet: At the end of the segment, I am posting the link to the second segment on #WattPad, where the entire work will ultimately be published. Please click on the link, read segment 2, and follow me on #WattPad if you are interested in seeing more.) Thank you.

When she was later asked about it—at the Morbidity and Mortality conference that followed every death—the intern answered that she wasn’t sure what had brought her to Room 12, other than a ‘vague uneasiness’ about the welfare of her patient.
‘Uneasy?’ the attending physician would inquire. ‘About a dying patient? What did you expect to go wrong?’
‘He was twelve,’ would be her response, ‘Twelve year old boys shouldn’t die.’
But she was not privy to this future conversation as she descended the back stairway to the pediatrics floor and pushed open the creaky metal door that let out onto the dimly lit ward. Room 12 was at the end of the hall and to the right, at the far side of an alcove which few patients ever entered—and none left. She padded down the hall as quietly as she could in her plastic clogs, hoping not to wake the pyelo in Room 2 or the appy in 4. Passing Room 6 she was pleased to hear nothing other than the soft hiss of oxygen, indicating that the wheezer she had admitted yesterday was responding to the treatments she had ordered.
The main ward stopped abruptly at this point—as if the builders had suddenly realized they had neither the space nor the funding to continue—and the alcove began, jutting out from the hallway like the afterthought it was. She paused at the corner, reaching into the recess where the nurses stowed the food cart, and tucked away a couple packages of graham crackers into the pocket of her long white coat. She had never cared for graham crackers, but Bobby loved them and there were few things—none actually—she wouldn’t do to see a smile on his pale, drawn face.
The door to Room 12 was ajar, and she squeezed through, ignoring the signs that Disease Control had plastered all over the door. The room was dark save for the reading light she had fixed to the headboard of Bobby’s bed so he could read the latest edition of the X-men for the 100th time. To her lack of surprise Bobby was curled up in a ball underneath the light, clutching the beaten magazine in the only hand that cancer hadn’t stolen from him.
“You shouldn’t be in here,” Bobby said without looking up. “Didn’t you see the signs?”
“How did you know it was me?” she asked.
“Nobody else ever comes in.”
She didn’t doubt it: there was no family listed on his chart and the chief resident and attending physician seemed happy to let her run the case on her own. Several clever replies—No one else deserves you or Try being less sarcastic—flitted through her head but she just nodded and sat down in the hard plastic chair next to the bed.
“Why don’t you try reading something else?”
He rolled up the comic book and swatted the pocket of her lab coat, stuffed with medical manuals and small notebooks overflowing with her neat script. “I could say the same about you.”
“I have my boards tomorrow morning,” she replied, rubbing the knot in her neck where the collar of the coat dug into her trapezius.
“Why aren’t you studying then?”
“I wanted a break.”
“Where’s Toothy?” he asked, referring to her boyfriend who had rotated through Pediatrics last month.
He was studying, of course, and detested any kind of interruption or distraction, especially on the night before such an important exam.
“No clue,” she said.
“He’s not good enough for you” Bobby said bluntly. It was one of the things she loved about him, his bluntness. As he had told her many times before, ‘When you don’t have long to live, there isn’t time not to get right to the point.’
“I think you’re jealous,” she said, deflecting.
“I’m jealous of people who buy green tomatoes,” he replied. “Stop changing the subject.”
“You don’t even know him,” she replied, flinching at the realization that she had said the same thing to her mother.
“Ha!” he croaked, barely able to muster the volume necessary to sound triumphant. “Whose place do you think you took?”
“Ah, yes,” she said. “You two didn’t get on well?”
“Pppppffffhhhhhhh,” he answered.
“You better pipe down or I’ll go back to the library.”
“See if I care,” he said, but dropped the comic book and reached out for her arm with his shriveled hand. Bobby weighed only 50 pounds soaking wet and stood only four-and-a-half feet high—when he had the strength to stand—living proof that mustard gas and rat poison should never be given to growing boys.

Well, I hope you liked it and please click on the link for Segment 2. Also, if you have a suggestion you can make a comment (or just tell me that you would rather put a pen in your eye than read any more.) Thanks again, and segment 3 should be ready Tuesday.