Don't Look Back by Gregg Hurwitz: A Book Review on the Thursday Afternoon #MINI 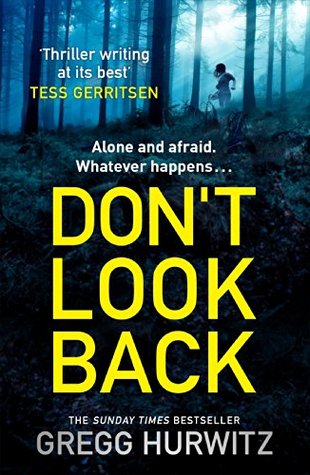 If you have read a lot of thrillers, you will be familiar with the premise of Gregg Hurwitz's Don't Look Back: Eve Hardaway, every day woman, having lost her husband, her career, and her inner self to the tedium of every day life, goes on a vacation to the jungles of Mexico to find herself, only to become the target of a deranged terrorist determined to kill her. Sound familiar? It does, and that's because it's a working formula for thrillers; ordinary people with ordinary problems put into extraordinary circumstances. Who couldn't relate to that?

The extraordinary circumstances? Here's where the problems begin. It just so happens that one of the world's most wanted terrorists lives right next to the Eco-lodge that Eve and her fellow adventurers are staying in. When Eve happens to glimpse the man--an Islamic extremist--as she uses the toilet, he goes on a mission to kill every man, woman and child at the lodge in order to protect his identity. Every thriller has to have a turbine to drive the action, a reason for the protagonist and the antagonist to do what they do, and this unlucky event is it. A not overly-complex plot such as this needs superior prose and characterization to make it work, and Hurwitz certainly delivers with his outstanding prose, which is flowing and descriptive, if sometimes over-descriptive to the point of distraction. The characters aren't there, however: the MC falls flat, and her recurrent flashbacks about promising her young son she will always be there for him make her seem whiny rather than provoking sympathy; and the antagonist is improbable (a jihadist in the jungles of Mexico?) and cliched to the point that I had to skim over paragraphs on a repeated basis.

I did enjoy the story, however, reservations aside, and it moves along quite nicely, thank you, albeit within the parameters of its limited structure.  Hurwitz is a talented writer, and you will enjoy this quick read depsite its flaws. (I can also highly recommend his Ophan X series.)

As always with the #MINI, I include a few reviews from other sources (as if the Washington Times can be trusted!), and the link to the amazon site in case you want to buy the book:

Peter Hogenkamp is a practicing physician, public speaker and author living in Rutland, Vermont. Peter's writing credits include The Intern, TouchPoint Press, 4/2020; The Vatican Conspiracy, the first book in the Marco Venetti thriller series, October 2020, Bookouture/HachetteUK; Doubt, Marco Venetti #2, April 2021; and THE LAZARUS MANUSCRIPT, a stand-alone medical thriller; Peter can be found on his Author Website as well as his personal blog, PeterHogenkampWrites, where he writes about most anything. Peter is the founder and editor of The Book Stops Here, the literary blog for readers and writers written by authors, editors, agents, publishers and poets. Peter is the creator, producer and host of Your Health Matters, a health information program, which airs on cable television, streams on YouTube and sounds off on podcast. Peter tweets--against the wishes of his wife and four children--at @phogenkampvt and @theprosecons. Peter can be reached at peter@peterhogenkamp.com or on his Facebook Page.
book review book reviews books fiction novels thriller Thrillers 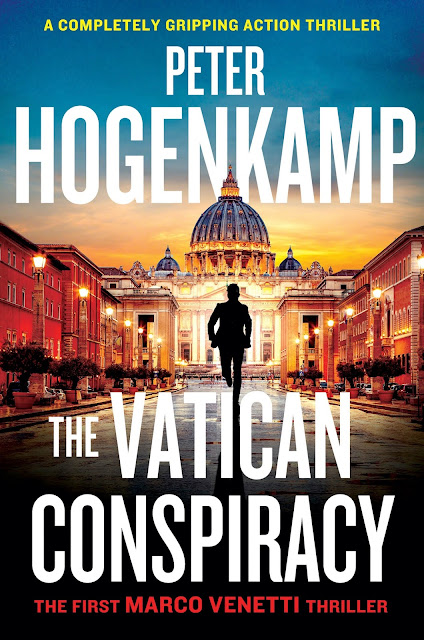