Showing posts from April, 2013
Show all

Signs you are close to getting a literary agent!

April 29, 2013
How do you know you are getting close to signing an agent? Let's assume you have queried widely, gotten the usual hodgepodge of responses including some Rs, some No-Responses, (more and more of these lately) some requests for Partials and Fulls, and a few letters saying that so-and-so "has left agenting to become a dental floss tycoon." (Ok, so I had a hankering to make a Frank Zappa reference; but I have received several letters indicating that so-and-so left agenting, and, in one case, that an entire agency closed its doors.) So far, so good, but you are still not close, unless one of the agents who requested a full calls you and offers. This can and does happen, but very few writers have this easy of a road. For the bulk of us, we will get a few "not right for me" notes, a few NRs, and, hopefully, a few personalized notes which document what is wrong with your ms. As agents have gotten busier and busier, there are fewer of these "helpful Rs," an
Post a Comment
Read more

The ten things I learned from a rejected manuscript, No.s 6-10

April 25, 2013
6) Kill your darlings! This is an old editorial expression I simply love. (I think it was spoken with me in mind.) The darlings are the lines you love, the ones you thought were so clever, the words that set you apart as a writer, that define you as an artist. Problem is, the agents and the editors are going to hate them. Why? Because you are supposed to be telling a story, not showing off your wordsmithing. Please don't take offense: if I were to be given a month's prison time for every such transgression, I would be serving ten consecutive life sentences with no chance of parole. 7) Agents and editors hate prologues. Ok, hate is the wrong word, substitute despise, loathe, or detest. Resist the temptation to write one. It doesn't matter that your favorite author always starts with a prologue; she is a published author. The funny part: I don't know why agents hate them, I just know they do. I put a prologue in my first two mms which are gathering dust on the shelf; my
Post a Comment
Read more

The ten things I learned from a rejected manuscript

April 24, 2013
Like anyone else who is brave (stupid? crazy?) enough to query literary agents and submit mms upon request, I have racked up my fair share of rejections. In no particular order, here are the ten things I learned from that process. Also, I would not be where I am now today (signed with a wonderful agent) without all those Rs. 1) My ms was rejected: Translation: I was actually able (despite what my fourth grade teacher said about me) to finish a ms, write a query letter that created some interest, and write well enough that my partial ms generated a request for a full! (I like to start with something positive.) 2) I am not Ernest Hemingway. It is true, I am not, and it is best to learn this early. Flowery or overly stylistic prose is a big turn-off. (Trust me on this one.) The idea of writing is to communicate; the more straight-forward the better. This was a painful lesson for me; because I love stylistic writing. But most readers do not. Believe it or not, this has been studied. Ha
Post a Comment
Read more

PeterHogenkampWrites: How I got my agent. (And how you can get one too!)...

April 23, 2013
PeterHogenkampWrites: How I got my agent. (And how you can get one too!)... : In my five year process of querying agents, I read many tweets, posts and threads, many very helpful. The most common underlying theme? Pers...
1 comment
Read more

How I got my agent. (And how you can get one too!) Part three

April 21, 2013
In my five year process of querying agents, I read many tweets, posts and threads, many very helpful. The most common underlying theme? Persistence. I know of no one who succeeded right from the word go. With the exception of someone like Hillary Clinton--who has a huge demand for her book before she writes word one--it is a process. In my case, it was a process that lasted over five years. Five years before I signed with Liz Kracht (and let me say I wish every writer gets the chance to work with agent as good to work with as Liz) I got my first rejection (R). I had sent three query letters out to agents I had researched, and received one request for the first fifty pages. The agent liked the first 50, and requested the full. After three weeks of me trying to imagine what the cover of my best-selling book would like, I got the dreaded R, a form letter saying "not for me." (You are going to learn to loathe that comment, trust me!) I was disappointed, of course, but by the ti
1 comment
Read more 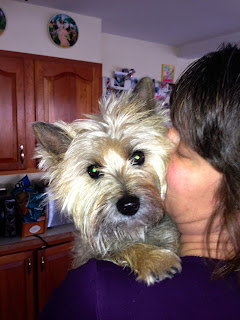 I ended my last post by saying you need to change the way an agent reads your manuscript. Take it from me--the man of many rejections--if the agent is looking for a reason to reject, she is going to find it. The question is: How do you change the agent's mindset? (Don't try mailing a box of homemade chocolate chip cookies; it doesn't work!) Writing is and always will be primarily about the writing. The first and best way to change an agent's mindset is to create perfect prose. And then you have to sustain it for the entire manuscript, not just the first 50 pages you have gone over and over and over. The great majority of writers fall short in this regard. (After all, how many Hemingway's are there?) But don't despair; all of my favorite writers are in this less than perfect category. So, if you don't have perfect prose, can you still snag an agent? The answer is yes, of course, as long as your writing is strong. A strong manuscript is an absolute prerequ
Post a Comment
Read more

How I got my agent! (And how you can get one too!)

April 15, 2013
I finally did it! After nine years of writing, three manuscripts, and five years of sending queries to literary agents, I finally got the contract for which I have been waiting. (And, yes, it was just as sweet as I had hoped.) But that's not why I am writing this. I am writing because I think I learned a few things along the way that might help someone else navigate through the treacherous waters of the agent-finding process. When I say treacherous, I mean emotionally treacherous; to my knowledge, no would-be author has ever lost an eye in the process--although I wouldn't rule it out entirely. I have met a good few agents, and to a person they were all genuine, nice people. But they are nice, BUSY people, and therein lies the problem. Despite the fact that many agents still utilize the slush pile to help fill their lists, it is a mixed blessing at best. On average, an agent slogs through hundreds (thousands?) of queries to sign just one client. If you follow a few agents on
Post a Comment
Read more