Showing posts from March, 2015
Show all

The Debut Novel Review: I Am Pilgrim, on the Saturday Morning #MINI post 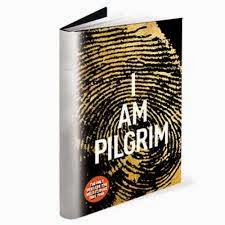 Another first for the #MINI: The Debut Novel Review. I mean, who needs reviews more than a debut novelist? (And I hope to be a debut novelist soon, so hopefully what comes around will go around.) First up:  I Am Pilgrim by Terry Hayes. A quick aside before I get into it: I have a theory (which is mine): The best book John Grisham wrote was A Time To Kill. It was also the very first book he wrote--by flashlight at his desk so no one else in his law firm would know he was already at his desk. You have to be passionate to get up at 4:30 in the morning, trundle off to work, and write your manuscript by flashlight, and that kind of passion translates into a very good book. A Time To Kill is a very good book--Grisham's best--but it wasn't good enough to get published. Many people don't know that it was only after The Firm was published to critical acclaim--and excellent sales--that Grisham's publisher took a chance on A Time To Kill . An author's debut novel
Post a Comment
Read more

3 Authors You Should Be Reading, on the Thursday Afternoon #MINI post 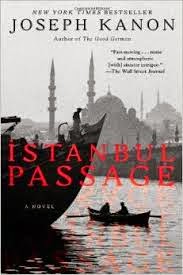 You're at the airport, staring at the bookshelf prior to catching a twelve-hour plane ride to Bali, desperately seeking a fresh voice in #thrillers. Let's not take anything away from Lee Child or James Patterson or Steve Berry or James Rollins or Gillian Flynn or Michael Connelly or David Baldacci (great authors all) but you have read their excellent books already and Daniel Silva writes only one--phenomenal--book a year, so what does one do? One consults the infinite wisdom of the #MINI, that's what. This is what the #MINI says: There are many other great thriller authors out there--too many to name on the #MINI--but here are three that you should not ignore: 1) Joseph Kanon:  Everyone has a bias, and I believe in stating your bias from the get-go. I have a soft spot for superbly written thrillers with a literary feel, in which the setting becomes another character in the book. That summary screams Joseph Kanon, the author of seven novels including Istanbul Passage ,
Post a Comment
Read more

Movie Review: The Theory of Everything, on The Saturday Evening Blog Post 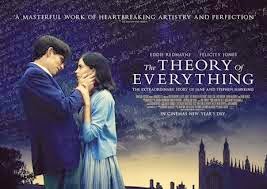 There is a reason Eddie Redmayne won the Oscar for best actor in a leading role: If you are a fan of outstanding acting, pick up the clicker now (yes, before you read the rest of the review) and watch The Theory of Everything : Eddie Redmayne's Stephen Hawking is just that good. Again and again I found myself thinking I was watching actual footage of Hawking, as opposed to an actor's portrayal. Felicity Jones shines as well, as Jane Wilde Hawking, the renowned astrophysicist's first wife. The cinematography is excellent, a collage of lenses, angles, and colors that brings the viewer back to Cambridge in the sixties, when Hawking was still a young man. The camera tells us that there is something wrong with him--but there is enough ambiguity in the telling so that we don't know what. And I loved the score, which perfectly compliments the moving pictures without becoming the focus of the viewer's attention. Ok, so 5 stars for both the dramatic and cinematic
Post a Comment
Read more 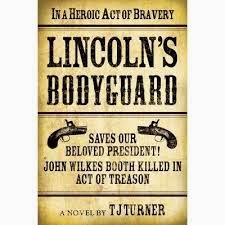 Lincoln’s Bodyguard (Oceanview, April 2015) is historical fiction at its best: authentic, thrilling and just plain good fun. Author TJ Turner starts out with the interesting premise that Lincoln's bodyguard Joseph Foster stops John Wilkes Booth before he can kill Lincoln in Ford’s theater, and moves on from there: to a post-Civil War America that remains as divided as it was prior to the war; to a presidential administration torn by competing influences and petty jealousies (sound familiar?); to a postbellum South ripped apart by an occupying Federal Army at war with a stubborn Confederate insurgency. Historical fiction is either made or broken by the research that went into the writing, and Turner did not disappoint: Lincoln’s Bodyguard is steeped in history—but reads like a thriller, taut and fast-paced. It is obvious that Mr. Turner knows his history, but he also knows his writing; the prose is fluid (and not overdone), the dialogue is genuine and app
Post a Comment
Read more
More posts