Showing posts from 2016
Show all

This Vermont Life: A Hike up Pico Peak 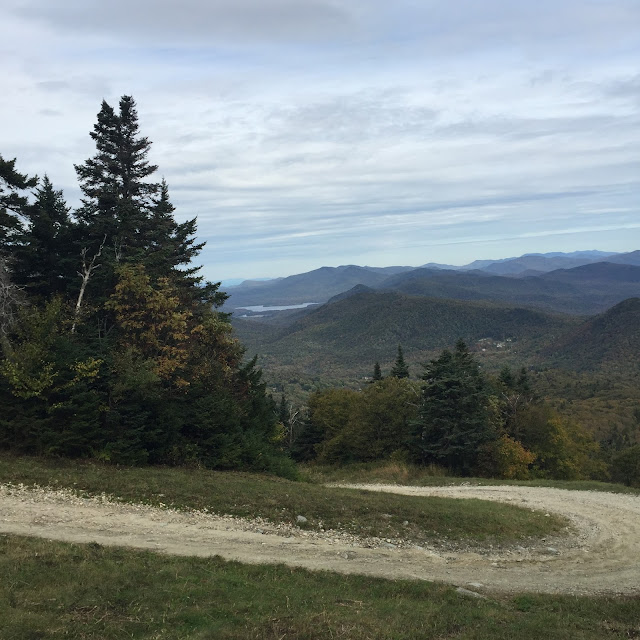 I can't honestly tell you how many times I have hiked Pico Peak. A lot, let's leave it that. The number isn't important, and neither is the number of steps, stories and calories taken, ascended and burned along the way, but I kept track of them anyway. What is important, after a long, hot summer, is the crispness of the air that feels great on my skin and the soft crunch of the dessicated leaves underfoot. My constant companion Hermione, a feisty Cairn Terrier, sprints after a chipmunk and disappears into a covey of ferns. Further up the trail, Herm resurfaces from the forest and stops on the trail to lift a tiny leg in the direction of a stand of birches. A minute later a brace of grouse explodes into the air and disappears into a spruce thicket. Two-thirds of the way up we break out of the green tunnel and merge with a ski trail (see pic above.) Herm and I sit on a rock and sort through the various sundries I have stored in my backpack. There's an apple I forgo
Post a Comment
Read more

This Caribbean Life: A Walk on Tortola, British Virgin Islands 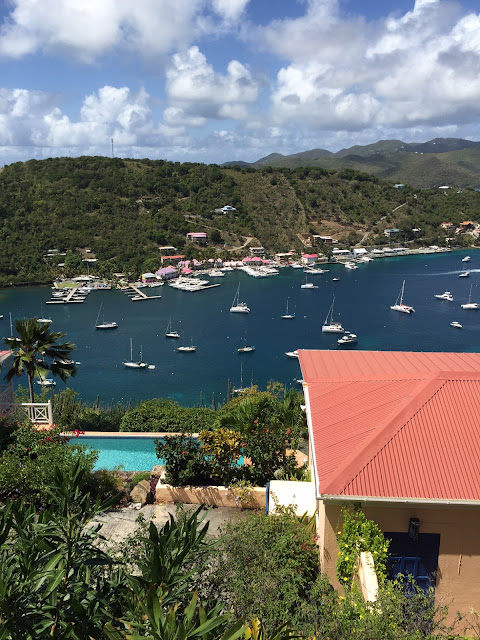 The Saturday Evening Blog Post. This Caribbean Life : A Walk on Tortola The wind stops blowing about halfway up the ridge, and even the palm fronds have the good sense to stop moving. But not me; I am going to get to the top of that hill no matter what, because that's what I do--I walk. (How are you supposed to see anything if you just sit?) I clear the crest of the hill and Soper's Hole reveals itself, a dazzle of blue in the bright sun. My water is gone by now, so I just pant and sweat and start down the other side of the hill, making sure to avoid the loose gravel slicking the dirt track someone had the audacity to call a road. A dozen driveways break off from the road on the way down, a dozen dirt tracks cutting across the pitch to homes obscured by the lush vegetation. A dilapidated truck comes by, kicking up dust that hangs like a cloud in the air, and I wait in the shade of a massive bread fruit tree until the light breeze disperses it. The driver stops and a
Post a Comment
Read more 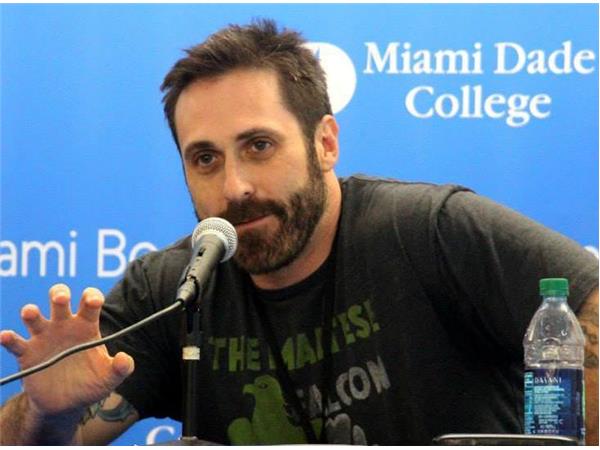 There's a reason Ste phen King, Nor a Roberts , James Patter son and Danielle Steele are best-selling authors ; th ey write well-crafted , enter taining books. But to go to a book rack in an airport or a grocery store, you would come to the conclusion that they are the only authors who write well-crafted, entertaining books. Nothing could be further from the truth; there are thousands of authors who write great books--they are just not getting the exposure they deserve. We could debate the reasons behind this for hours (suffice it to say that the Big 5 are trying to focus on the household names they know are going to be profitable) but I would rather write about some of the emerging authors who--if given the requisite attention--may become the household names of tomorrow. Joe Clifford is just such an emerging author. When I say emerging author, I mean just that--emerging as a name in the publishing industry. An emerging author has usually written at least three books (Cliffo
Post a Comment
Read more 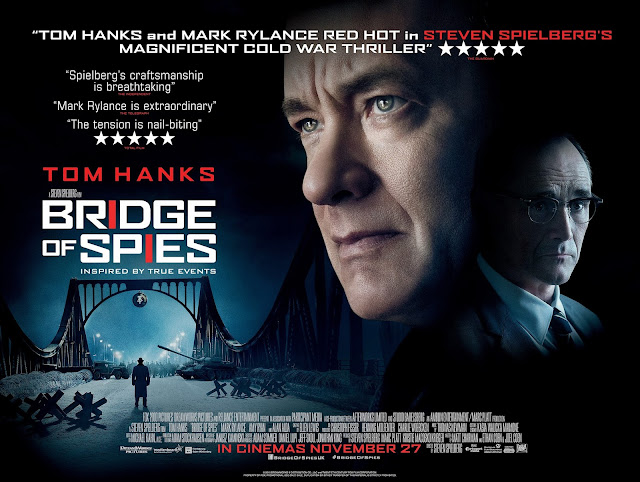 Bridge of Spies is the 2015 full-length movie directed by Steven Spielberg and starring Tom Hanks and Mark Rylance, which chronicles the capture of Soviet spy Rudolph Abel (played brilliantly by Rylance) and Abel's trial, conviction and subsequent exchange for Francis Gary Powers, the U-2 spy plane pilot shot down and captured by the Soviets. Inspired by--and holding reasonably well to--the true story, Bridge of Spies is the story of Brooklyn attorney James Donovan (played by Tom Hanks) who is tasked with the job of defending Abel, incurring as he does the wrath of just about everyone, including his fellow New Yorkers, his wife, and the members of the New York Bar Association who asked him to do it. Suspenseful, painstakingly crafted and wonderfully written, Bridge of Spies is a throwback to a time in cinema when writing, direction and acting ruled the stage.  And let's not forget cinematography, either. The camera work in Bridge of Spies is excellent from start to fin
Post a Comment
Read more

The 6 Habits of Highly Effective Public Speakers, on The Saturday Evening Blog Post 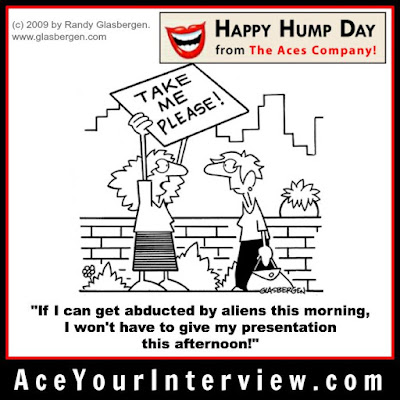 The Saturday Evening Blog Post, Edition #21 Let's set the scene: You've been selected to speak at a public function and you would rather have a frontal lobotomy or get a root canal instead. You tried to say no, but maybe came out, and the maybe has morphed into a firm yes. You're stuck--unless you're lucky enough to contact the Spanish flu or get the Shingles. But don't panic--there's hope. While it is true that some people were just born good speakers, many others have learned how to do it, and so can you. Without further ado, The 6 Habits of Highly Effective Public Speakers: 1) Brevity is the soul of wit--and all other forms of communication. Keep it brief. We can all remember otherwise good speakers who lost us by droning on too long. I once went to a funeral during which one of the eulogists went on for over 50 minutes--true story--and only finally sat down when the organist struck up for the third time. The caveat of this maxim is that you had da
Post a Comment
Read more

The Travelers: A Novel, on the #MINI Book Review 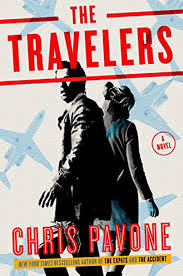 The Travelers , a novel by Chris Pavone, takes off on a similar course as did The Ex-Pats and The Accident, Pavone's first two efforts, which were both widely read and critically acclaimed. But this is Pavone's third novel, and the third novel can be tricky. Stay the course too much and one is accused of being formulaic; there are whispers of stagnation. Change it up too much and run the risk of losing your hard-earned readership. No problem for Pavone. In his best work to date, the accomplished novelist takes a similar premise (a reluctant protagonist, ill-suited for spycraft by both training and inclination, thrust into the shadowy world of espionage and deceit) and travels with it, going beyond the horizons he established with his previous books, a transcendence he achieves almost wholly though his brilliant prose. The Ex-Pats and The Accident  both feature outstanding settings, great pacing and superb plotting, and so does The Travelers, but this one, the critica
Post a Comment
Read more

Donald Trump and the New Presidential Politics: The Return of the #MINI 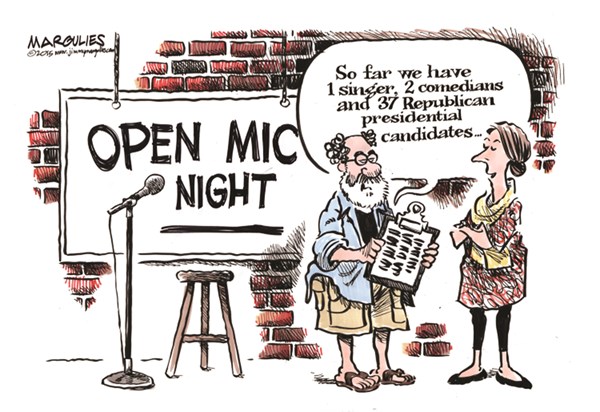 We are all aware that the field of candidates for the 2016 Republican Presidential nomination looks like a casting call for the new Three Stooges movie. The question is why. Why, in all of this land, can we not come up with something better than Donald Trump and the Three Dwarfs? (The word dwarf here alludes to size of character and scope of accomplishments only; this is not a reference to genitalia measurements , even though this has become something of a criteria on the Republican side of the race.) After much tho u ght--and a few dry martinis--I finally figured it out. What had perplexed me for so many weeks became readily apparent, almost obvious. Since this is the #MINI, I am going to tell you straight out, with no more beating around the bush.  We--meaning me, you, and everybody else in this country--have created an election process that is so ridiculous that no decent person wants to run. If you don't think our process is ridiculous, let me remind you
Post a Comment
Read more

6 Six Methods Not to Use When Editing Your Manuscript

As you might gather from the title of this post, I am editing my manuscript. Every once in a while, when my oxygenation levels get very close to frankly hypoxic (read, wicked low), I convince myself I love the process of turning my first draft (read, bloated, indulgent French mess) into something that's more or less readable. After going through this process with four novels, I have patented six unique and little-used methods to turn that diamond in the rough into the next great American novel. (Results may vary, success not guaranteed.) In no particular order, here are the six methods you can--but probably shouldn't--use to edit your manuscript. 1) Use all the time you've alotted for editing to do things you enjoy, like playing aboriginal instruments, teaching your cat to pee on the toilet or learning to curse in 100 languages (May the fleas of a thousand camels infest your armpits!) and let your mother edit the manuscript. I mean, come on, she's your mother, She&
Post a Comment
Read more 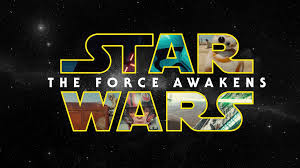 At the same time brilliant and very average, Star Wars: The Force Awakens is a difficult movie to watch. Immensely enjoyable and also sorely disappointing, the most recent edition of the Star Wars saga is an even harder movie to review. No one wants to hear anything but glowing reviews of the movie that brought back the entire cast from the original--blockbuster--movie: but I would be lying if I said they didn't leave a lot on the table. The Force Awakens was a good movie--no question about it--but it wasn't great, not by a long margin, despite every opportunity to be great.    So the question is: Where did it go wrong? Why did its tremendous potential go unfulfilled? The simple answer is the screenplay. When you watch VII, it becomes very obvious early that a remake of the original Star Wars was at hand. And there's nothing wrong with that, especially when you add in a stellar new cast of characters intended to be the new face of the series. Add that to the re
Post a Comment
Read more
More posts