Americans spend 50 Billion Dollars on Vitamins and Supplements. Check out #YourHealthMatters to see if this is a wise investment. Just hit the Play arrow above.

If you enjoyed what I had to say, consider clicking on one of the following links to buy on one of my books and/or browse my website. Thanks for that; I truly appreciate the support:
The Intern (TouchPoint Press, 4/2020)
The Vatican Conspiracy (Bookouture/HachetteUK, 10/2020)
Peter's Author Website

Peter Hogenkamp is a practicing physician, public speaker and author living in Rutland, Vermont. Peter's writing credits include The Intern, TouchPoint Press, 4/2020; The Vatican Conspiracy, the first book in the Marco Venetti thriller series, October 2020, Bookouture/HachetteUK; Doubt, Marco Venetti #2, April 2021; and THE LAZARUS MANUSCRIPT, a stand-alone medical thriller; Peter can be found on his Author Website as well as his personal blog, PeterHogenkampWrites, where he writes about most anything. Peter is the founder and editor of The Book Stops Here, the literary blog for readers and writers written by authors, editors, agents, publishers and poets. Peter is the creator, producer and host of Your Health Matters, a health information program, which airs on cable television, streams on YouTube and sounds off on podcast. Peter tweets--against the wishes of his wife and four children--at @phogenkampvt and @theprosecons. Peter can be reached at peterhogenkampbooks@gmail.com or on his Facebook Page.
Health Health Care prevention supplements truth vitamins wellness 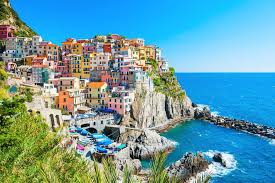 One of the most frequent questions I get about The Vatican Conspiracy is: Where did you come up with that idea? And though I read recently that many authors don't like to talk about where their ideas came from, this is decidedly not the case for me. In fact, Crimespree magazine invited me to write an article about it and I jumped at the chance. If you are interested, please click HERE  and check it out. Crimespree is a great resource if you are interested. And here is the link to  The Vatican Conspiracy's Amazon Page  if you are interested in reading the book. If you haven't read the book yet, give it a look. If you have, consider writing a review or rating the book, as these things help other readers discover the book. And thanks again for your enthusiasm and support; it is the best thing a writer can hope for. Cheers, peter :) ,  Peter Hogenkamp is a practicing physician, public speaker and author living in Rutland, Vermont.  Peter's writing credits include  The Int
Read more 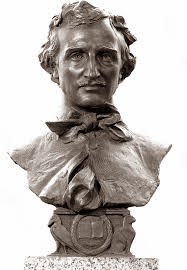 We live in a day and age where the evolution of language and words is driven more by social media than books and novels. As both a Tweeter and a lover of literature old and new, I have mixed feelings about this trend. There is something about the speed of social media which alarms me. Consider this: Edgar Poe, who created the thriller, died broke and without any acclaim, and yet his works are now considered to be masterpieces. Contrast this to the blitzkrieg world of social media where someone who uploads a cat video can become an icon in a single day--or less. Good or bad? Probably both, but allow me to point out the latter. Poe had substance. Sometimes it takes time for substance to be appreciated. In Poe's case, a hundred years. It takes deep substance to endure a 100 years. Do you think a glitzy cat video has that kind of staying power? Or do you--like me--think it will be forgotten in ten minutes, to be replaced by a meme featuring an aardvark? The point I am trying to make is
Read more