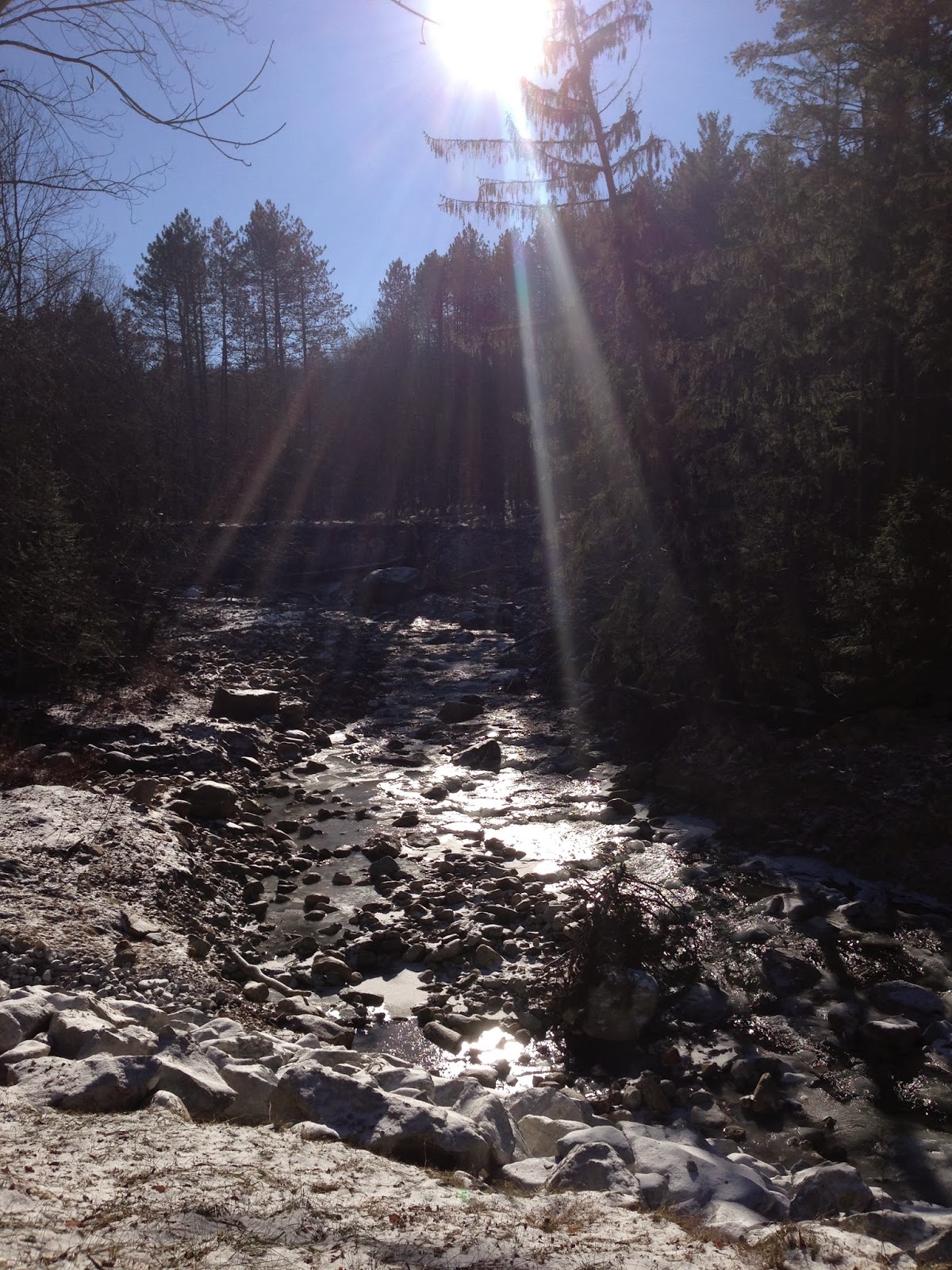 It happens to me, too, you know, that temptation--when it's five degrees below zero, cold enough to freeze your nose hairs into needles--to pack up and move to Southern California where the sun shines 330 days a year and the temp never goes below 60. But then it warms up and your nose hairs thaw out and the temptation passes, leaving you slightly embarrassed that you ever considered something so ridiculous. It's one of the many things I like about the January thaw (FYI, it was 55 degrees here yesterday on the 11th of January). The grass appears and reminds you of warmer times--and the mole problem I never addressed last year. The snow on the sidewalk melts and I don't have to feel bad I never shoveled it. And the snow banks clogging the turnaround go away, clearing the way for my boys to play mini-hoop.

Rest assured it will snow again, and the air will turn colder, but it doesn't matter. Just the reminder that the seasons change and spring threatens is all I need to brave the next cold snap and keep my head high through the ice storm forecast for next week. Of course, it could snow and I could get to enjoy some fresh powder on the slopes with my daughters or a snowshoe with my wife, but I don't control the weather and so I will live with whatever Mother Nature throws our way (well, maybe just a tantrum or two.)

Frankly, I don't think I would like Southern California anyway. What would I do without the black flies and the mosquitos? Golf year round? Who needs that? I am sure I would love long walks along the Pacific but by the twentieth time some surfer called me 'dude' I would be packing the car. (And let's not even discuss the traffic!)

Ok, that's a wrap. Short and sweet to start off the New Blog Year (well, short anyway.) The next Saturday Evening Blog Post should be a memorable one, featuring my short story Under the Cold January Sun and the original watercolor inspired by it, painted by the preeminent Vermont artist Peter Huntoon. Peter will be auctioning off the painting on his website, A Day in Vermont; click on the link and check out his entire portfolio of original paintings in oil and watermedia. And don't forget to take a look at my website, peterhogenkamp.com. Again, that's the next Saturday Evening Blog Post, coming later this month, probably near its close. Thanks for viewing. peter
#vermont #januarythaw #peterhuntoon #humor